What is St Luke's Hospice?

St Luke's is a hospice which cares for people aged 18 and above throughout Sheffield who have incurable illnesses. Their aim is always to control the patients symptoms, alleviate pain, and give them the best possible quality of life – all free of charge. It costs £6 million per annum to keep St Luke's open, and government funding, via NHS trusts only provides one third of the funds required, which means the Hospice has to raise a staggering £4 million each year to provide this vital end-of-life care.

This challenge was set up by a St Luke's Supporter who has seen first hand, the amazing care given to patients through St Luke's and whilst donations are now closed we would like to thank all our donators for their wonderful contributions. 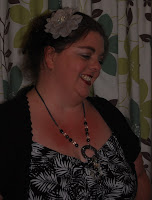 I'm Tara (aka Craftilicious) and I set up the challenge in April 2011 to raise money for St Luke's Hospice following the loss of my father to cancer in 2007.  The hospice made his final weeks pass without pain and allowed him to maintain his dignity whilst also looking after me emotionally during a difficult time.   I am an avid crafter, currently addicted to paper and stamping, but am also a keen jewellery designer, and basically likes to get my hands on anything crafty from embroidery, mozaics, altered art, painting and even hat making!  You can find out more about my crafty exploits from my crafting blog http://craftilicious-yorkshire.blogspot.com/

My name is Anne I have been a crafter for many years but making cards for 15 years. My friend Karen and I started a Craft Club in a little village in Somerset 6 years ago.I have the best hubby in the world', 2 lovely daughters and 4 beautiful grandchildren, who could ask for more?

Earlier this year Tara invited me to join her Design Team for St Luke’s Hospice.  After checking out their website and seeing the valuable work they do, I said Yes!  Who among us has not been touched in some way by cancer?  My step-father died of it in 2003; he and my Mum had a lot of support from their local hospice.  It’s a vital service.
As for crafting – well, I’ve been doing it in some form or other since I was a child!  But I became seriously addicted to Cardmaking in 2003, and it’s getting worse!!  I’ve tried my hand at scrapbooking too.  I also like to sew, do cross-stitch designs and read!

Hi I'm Jenny from www.craftinginthecountry.blogspot.com and have just joined the DT , I think this monthly challenge is a wonderfully 'crafty' way to help support the vital work the hospice does, not only for the patients but the wider family too in their time of anguish and vulnerability.
I have always liked to craft and have tried my hand at most things but the card-making bug bit in 2003 when making Christmas cards with the children and I've never looked back since. I started my blog back in February and am now totally addicted to crafting and blogging, having met some wonderful people along the way :)

Hi I`m Lynne from http://cardsfromlynnesloft.blogspot.com/ I`ve always crafted in one form or another, knitting and dressmaking mainly. I began making cards in 2003 after injuring my foot badly and having to stay off work for two months. After a week of staring at the walls I discovered the Create and Craft channel on the TV and from then on I was hooked.

When  Tara asked me to join her and the other DT members at St Lukes Charity Card Challenge I jumped at the chance. I know first hand how important hospices are to the  terminally ill and their families. My husbands sister and another sisters husband both had end of life care in our local hospice. 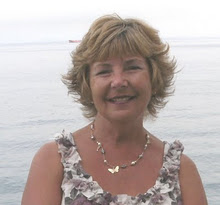 My name is Sylvie   (GIBMISS)  I now live in Gibraltar with my partner Roy.  I was widowed in 1999 and never thought I would get over the loss so I threw myself into Cardmaking at a local School where I chose Parchment Caft which was very time consuming then when I came to live in Gib there was a little craftshop there and I became very close friends of the owner and we crafted together she taught me quite a lot - rubber stamping etc and I have been cardmaking for about 7 years although  iI have always crafted as I followed in my Mums footsteps....
My SIL. and BIL. both died of cancer....so i was chuffed when the lovely Tara asked me to join her very talented team as this is a really worthwhile Charity. 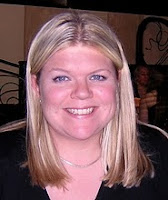 Hello, I'm Ciara (pronounced Keira, like Keira Knightly, but that's where the similarities end). I grew up in Wilmslow, Cheshire but have lived in Yorkshire since my Uni days. I live just outside Leeds with my chap Tom and my cheeky little Schnauzer, Ellie. As well as being crafty, I love F1 motor racing and football. Oh and going for lovely long walks in the countryside.

Zoë Tant joined our team as a guest designer in July 2011.  Zoë is an independent Stampin Up! Demonstrator with a great eye for a clean and simple design.

You can find out more about her on her blog http://stampingscene.blogspot.com/ 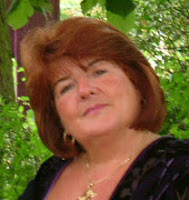 Sasha won our challenge in December 2011 with her gorgeous card and kindly sent some stamps to us as well as her card.  The stamps became our prize for February so we invited Sasha back to share some more of her great design inspiration with you all and to play along with us.

You can find out more about her on her blog http://sashas-inspirations.blogspot.com/

NUMBER OF CARDS DONATED TO DATE

Click the logo to find out more about the great work St Luke's Hospice does everyday.